Rearrange Steps in an Experience

It's possible that you might forget adding a certain step while creating the experience or maybe would like to rearrange the steps in a particular order.

To rearrange steps, just simply drag the step you'd like to relocate and drop it wherever you'd like. It can be either dropped as a new group between two built groups or straight into a group with the same UI pattern kind.

You can easily add a new step between two built groups. All you need to do is to hover the cursor to the space between the two groups and click the '+' button as shown below.

You can also add a step directly in the group itself. This will add another element of the same kind to the group.

Just hover the cursor to the '+' at the end of the group as shown below. 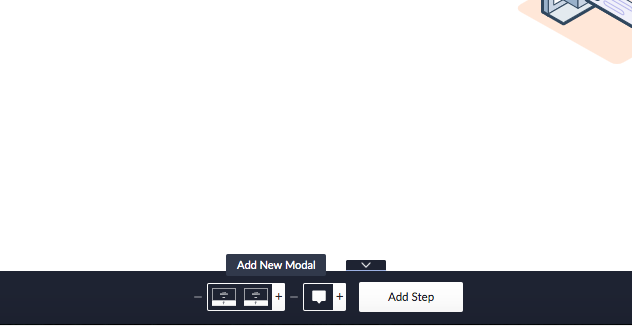 Did this answer your question? Thanks for the feedback There was a problem submitting your feedback. Please try again later.
Last updated on March 31, 2019