Sometimes, it is helpful to trigger content on pages where users are logged out on a public website and during anonymous usage in your web app.

For such pages, the userpilot.identify() function is useless as your web app or site would have no way to send Userpilot any user data.

This will trigger the content anonymously without the need to pass any user data.
Note: Any Userpilot content with the Audience setting set to "All users" will appear for the anonymous user.

If you would like to show a certain Flow,Checklist, Spotlight, or Resource Center module to appear only for anonymous users, you can set the Audience setting to 'user identification' => 'user id' => Is not known 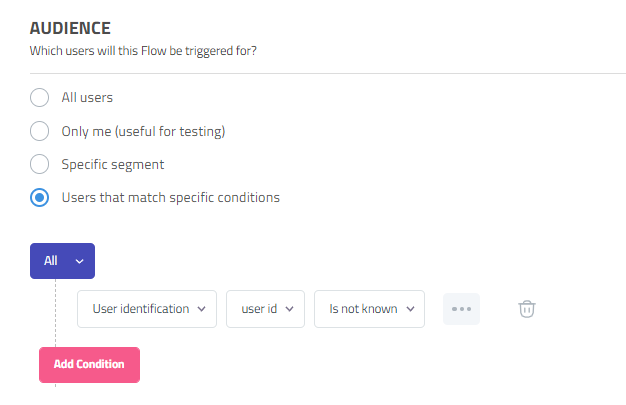 Did this answer your question? Thanks for the feedback There was a problem submitting your feedback. Please try again later.
Last updated on February 20, 2022