The Userpilot flow builder makes it easy to announce new features to users inside the app.

This can help you keep existing users up to date with the latest features as well as changes in the UX/UI.

First, navigate to the page where you'd like to show the feature announcement, then fire the Userpilot Chrome extension.

Then, add a slideout.

Slideouts are a great choice to announce features as they come across much less aggressive than modals.

Customize the slideout with a CTA that either starts a flow to explain the feature or redirects to a certain URL as shown below.

You can also use tooltips to announce certain changes in the UX such as new buttons or tabs in your UI.

This means these in-app messages will show on every page of your product as opposed to only one.

To do this, just simply set the page trigger option to 'Any page' as shown below. 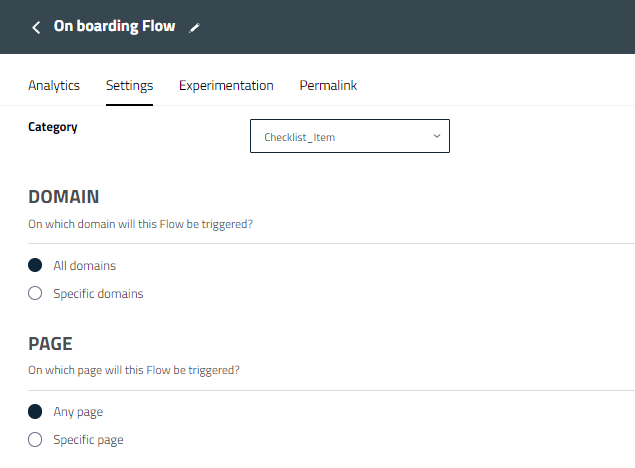 This will set the flow to trigger on every page where the Userpilot script is installed on the specific domains you set.

Did this answer your question? Thanks for the feedback There was a problem submitting your feedback. Please try again later.
Last updated on December 20, 2021