The NPS Survey has four pieces of content that require your attention.

The first, and most important, piece of content is the question. Standard practice suggests using the default sentence pattern. You would replace the generic text with your own company, product, or service name.

The second piece of content -- a follow-up question -- nudges visitors to provide a bit more information. The default question asks about the score, but you can change that. You will find two options: 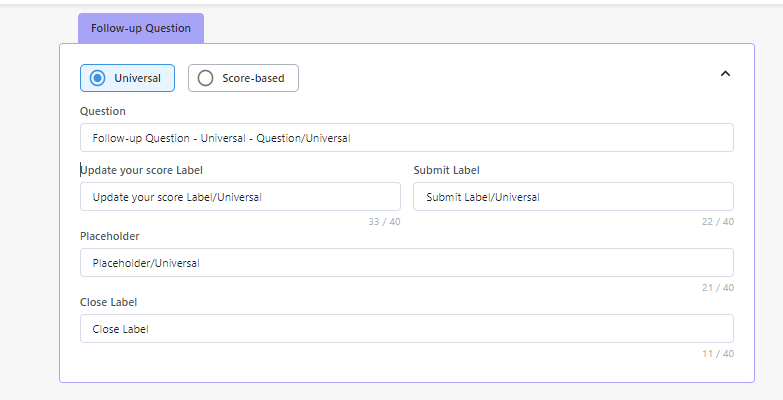 If you select the "Score-based" option,  as shown in the screenshot below. 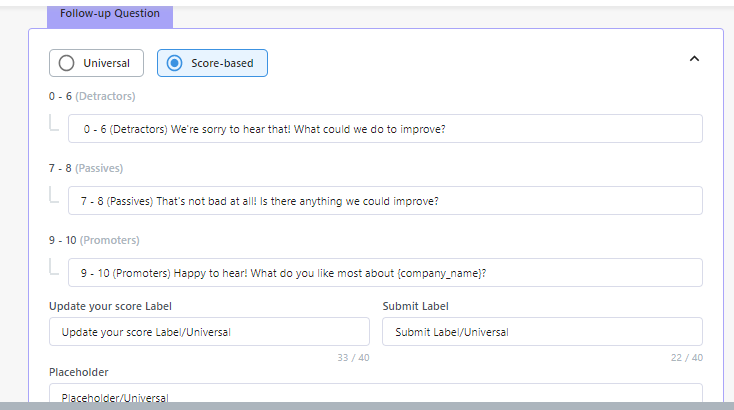 If you change the default question, we suggest using the open-ended question format. It tends to generate longer responses in the reply box. Occasionally, you’ll detect patterns and other nuggets of wisdom in the reply box. 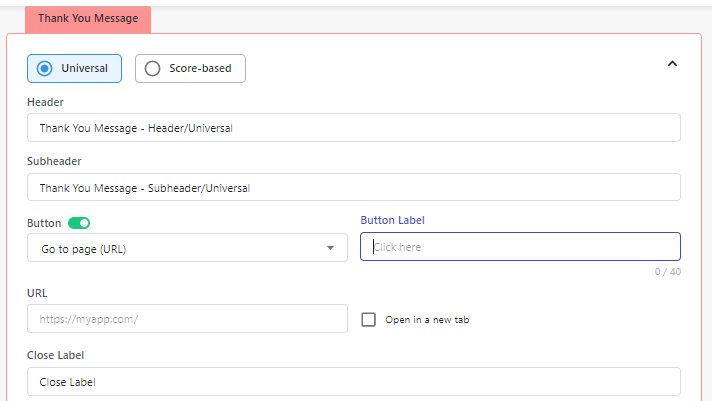 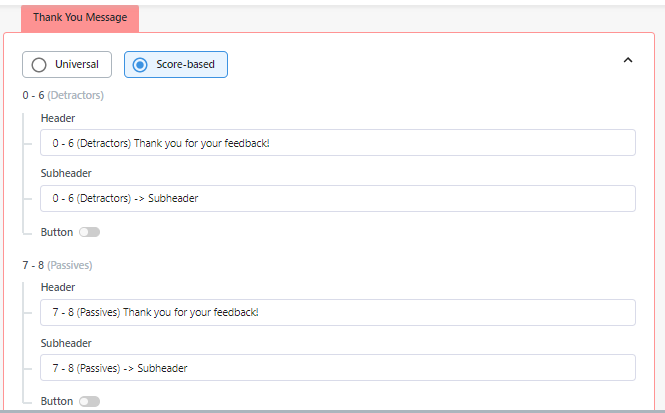 The third piece of content is a button label. The default text reads, “Ask me later.”

This button gives users a chance to delay responding and leaves open the possibility of answering at a later date. If a user clicks this button, the survey closes. It displays again if the same user activates this NPS trigger.


Adding a button to update the score

The default text reads, Update score. This button gives the user a chance to change their rating before hitting the submit button. 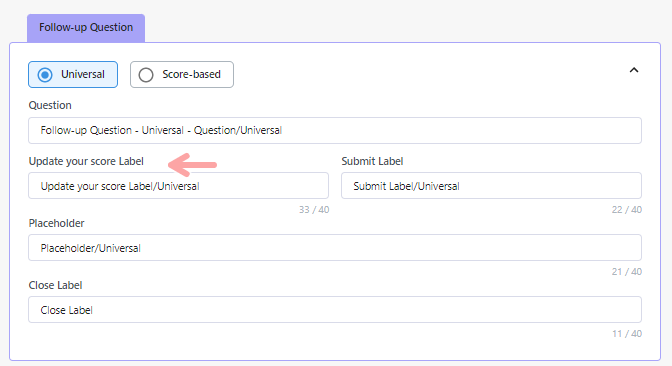 You can change the text for your high and low scores here.

In Userpilot, you can also customize the text for the close button and the submit button.

Note
You can customize how often a survey reappears to users who click Ask me later. Read Triggering an NPS Display for details.

The content work is now done. The next step is to set up the NPS targetting.

Did this answer your question? Thanks for the feedback There was a problem submitting your feedback. Please try again later.
Last updated on January 2, 2023